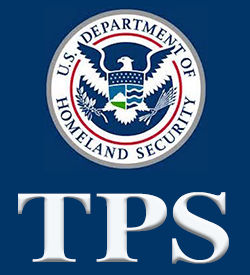 U.S. District Judge Edward Chen issued an order, granting the plaintiff’s motion for preliminary injunction, thus stopping the government from terminating Temporary Protected Status (TPS) for immigrants from El Salvador, Haiti, Nicaragua, and Sudan. The judge ruled that the government must maintain TPS, and employment authorizations for TPS beneficiaries from those countries, while a lawsuit challenging the government’s decision to eliminate their protections continues. The preliminary injunction is effective immediately and will remain in effect pending resolution of the case or further order from the court. (Ramos et al. v. Nielsen et al, 10/3/18)

The judge states, “… absent injunctive relief, TPS beneficiaries and their children indisputably will suffer irreparable harm and great hardship. TPS beneficiaries who have lived, worked, and raised families in the United States (many for more than a decade), will be subject to removal. Many have U.S.-born children; those may be faced with the Hobson’s choice of bringing their children with them (and tearing them away from the only country and community they have known) or splitting their families apart. In contrast, the government has failed to establish any real harm were the status quo (which has been in existence for as long as two decades) is maintained during the pendency of this litigation. Indeed, if anything, Plaintiffs and amici have established without dispute that local and national economies will be hurt if hundreds of thousands of TPS beneficiaries are uprooted and removed.”