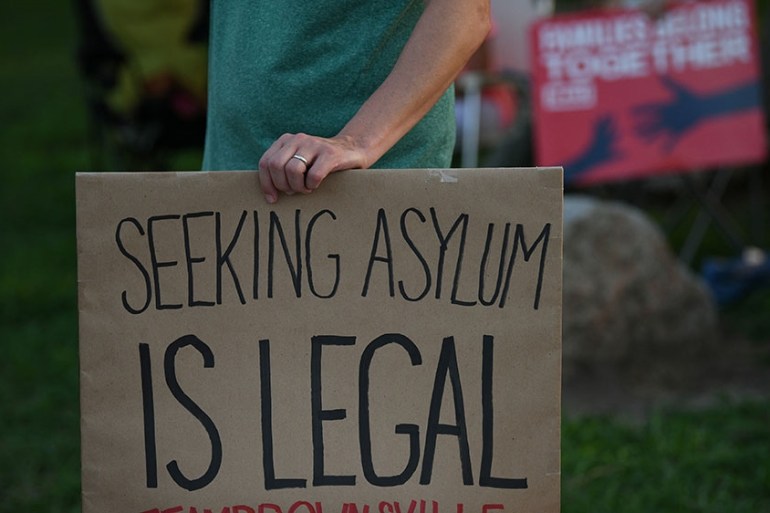 WASHINGTON — After having lost a legal battle, the Biden administration tentatively plans a mid-November restart of a Trump-era policy that forces migrants seeking asylum to wait in Mexico for their U.S. immigration court hearings, according to a court filing late Thursday.

President Joe Biden had ended the Trump administration’s “Remain in Mexico” policy when he took office this year, saying it was inhumane because of the violence migrants faced waiting in Mexico for their court hearings.

The Biden administration fought the order but lost in federal appeals court and in the Supreme Court and then said it would comply with the court’s order.

Senior administration officials told reporters Thursday that under the updated Biden administration version of Remain in Mexico, immigrants will get court dates set no more than six months in the future and will attend hearings with immigration judges in one of 10 courts to be set up near Brownsville and Laredo, Texas.

The plans to implement the revised policy, however, would be put on hold if the Biden administration ultimately wins the lawsuit filed by Texas and Missouri.

Mexico will also have the power to amend the policy, the officials said, and the administration has been consulting with it about the details.

Remain in Mexico, which the Trump administration started in January 2019, created a population boom in migrant camps on the Mexican side of the border. Human rights organizations documented hundreds of kidnappings, rapes and assaults of migrants who were waiting in the sprawling camps for their asylum hearings.

The Biden administration has continued to implement — and defend in another court case — Covid-19 restrictions known as Title 42, which push immigrants back into Mexico or deport them to their home countries without giving them court dates. The officials said that the administration will continue to use that policy and that only immigrants who are not subject to Title 42 — for a variety of reasons — would be subject to Remain in Mexico.