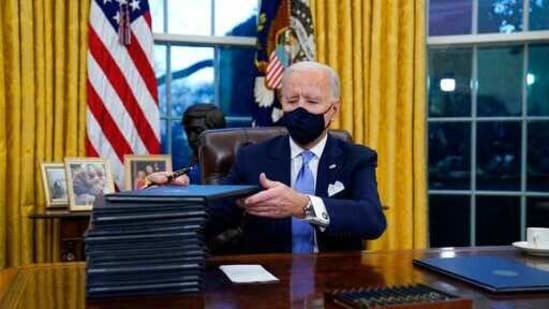 The White House announced a sweeping immigration bill Thursday that would create an eight-year path to citizenship for millions of immigrants already in the country and provide a faster track for undocumented immigrants brought to the US as children.

Here’s what the bill, titled the US Citizenship Act of 2021, includes:

Plan for a pathway to citizenship

The U.S. Citizenship Act of 2021 would create an eight-year path to citizenship for the 11 million undocumented people in the country. First, it would provide them with a new type of temporary status for five years and then allow them to obtain citizenship after another three years.

Deferred Action for Childhood Arrivals recipients, people who qualify for Temporary Protected Status from countries suffering from war and natural disasters, and farm workers who can prove they have a work history essentially get bumped to the front of the “green card” line provided they pass background checks and meet other requirements.

The path to citizenship only applies to people who have been in the country since Jan. 1, 2021. Anyone who entered the country illegally after that date would not qualify.

The bill would exempt certain categories from counting toward annual caps. For example, spouses, partners and children under the age of 21 of lawful permanent residents would be exempt from the caps.
The bill also provides funding to US Citizenship and Immigration Services to chip away at the backlog of asylum applications.

The bill would address root causes of migration and work to tackle them by, for example, cracking down on smugglers and narcotics and trafficking networks. It would seek to create legal and safer pathways for migration by setting up refugee processing in Central America and would create a $4 billion investment plan in the region.

The bill would remove the word “alien” in the immigration code and replace it with “noncitizen.” This move has been applauded by immigrant advocates who see the use of the word as derogatory and dehumanizing.

Note: The legislation faces an uphill climb in a narrowly divided Congress. Whether any Republicans sign on remains in doubt.