The Immigration Act of 1990 Explained

The Immigration Act of 1990 Explained 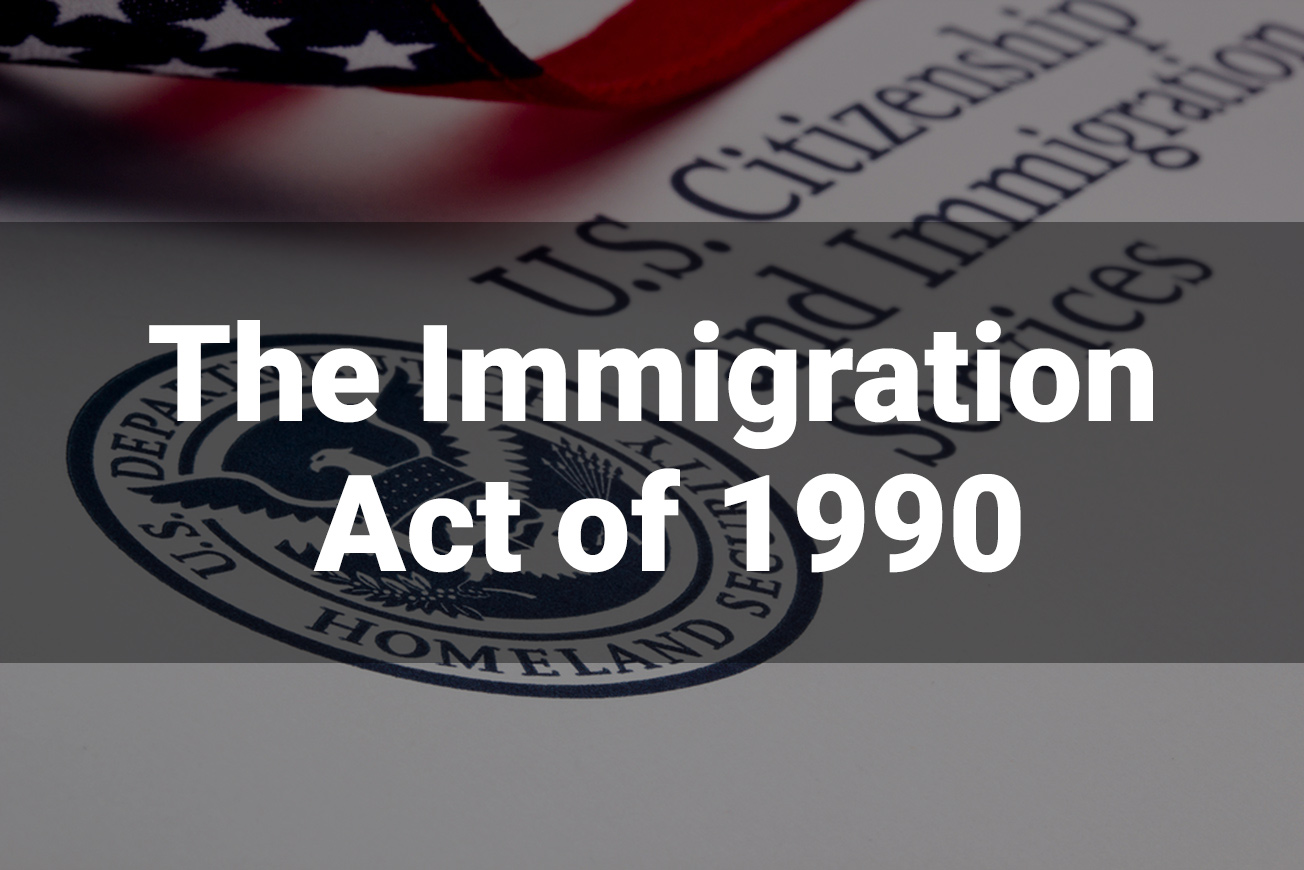 The Immigration Act of 1990 overhauled the legal immigration system by outlining three different paths by which people could immigrate to the U.S.: family sponsored, employment based and diversity based.

Signed into law by former President George H.W. Bush, the act was meant to “change the level, and preference system for admission of immigrants to the United States and to provide for administrative naturalization.” It became the first major restructuring of the U.S. immigration system in a quarter century.

Employment-based immigration system allows petitioners, most commonly sponsored by a U.S. employer, to apply to one of five different visa categories:

Finally, the Diversity Immigrant Visa Program makes 50,000 visas available to citizens from the six continents via a lottery based system that randomly selects individuals to apply for a diversity visa. The countries selected must have had fewer than 50,000 immigrants entering the United States in the previous five years, and no country can get more than 7% of the available visas.

The new law instituted an annual cap on immigration, limiting the number of available immigration-based visas. It largely did not affect asylum and refugee immigration pathways.