Immigration Provisions in the Build Back Better Act

Immigration Provisions in the Build Back Better Act 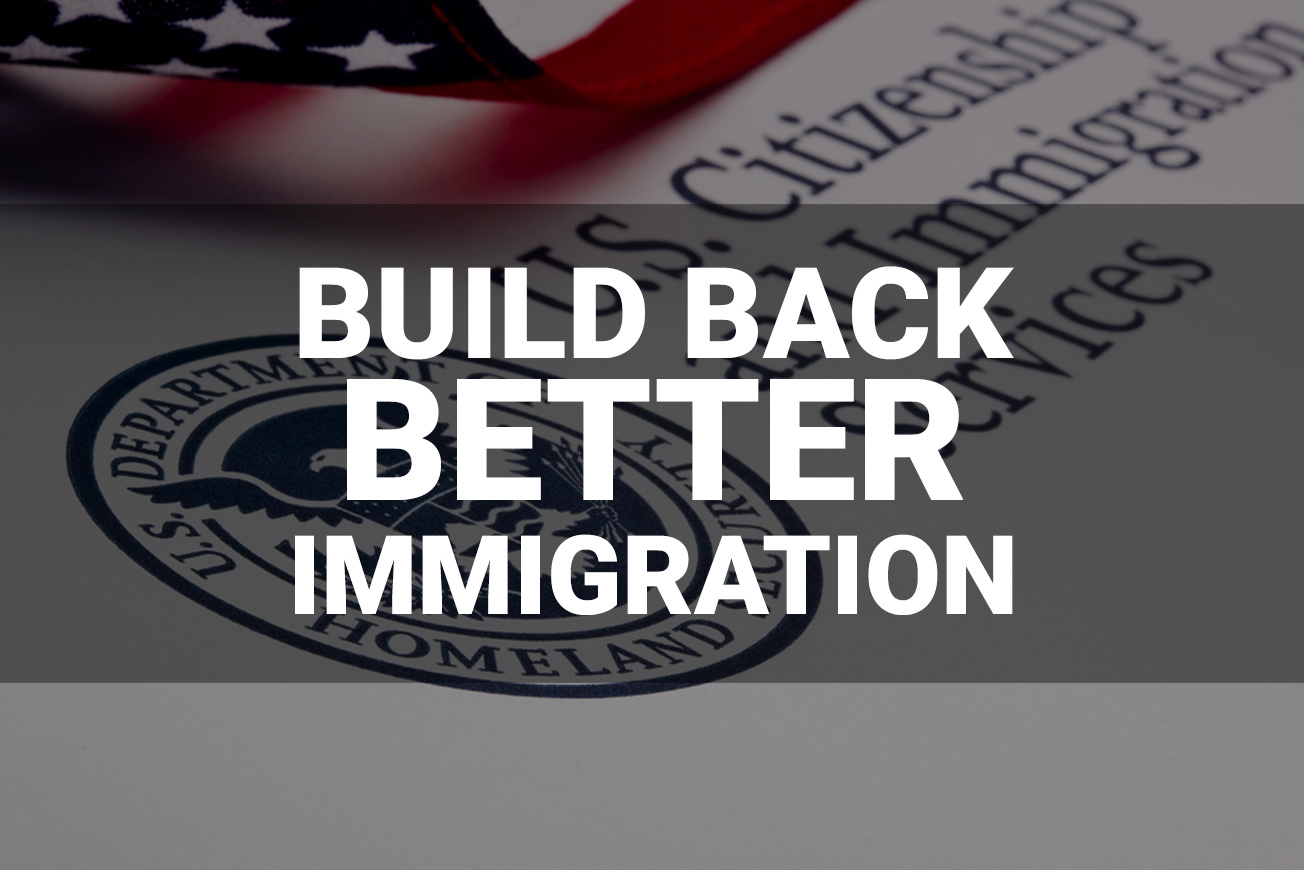 The latest round of immigration provisions (“Plan C”) in the Build Back Better Act largely focus on:

Temporary Protections and a Work Permit

House Democrats’ Plan C immigration provisions do not contain a pathway to citizenship for undocumented immigrants and instead offer a “parole” process that would waive immigration requirements for five years with the chance to extend for another five years for those who immigrated before January 2011. This set of provisions would target roughly seven million undocumented immigrants currently in the United States, including the Dreamers and certain classes of essential workers during the pandemic.

Plan C also includes provisions related to visa restrictions that were imposed by the Trump Administration. The 2017–2021 period saw several changes to immigration policy including travel restrictions from specific countries, closing immigration courts, limiting border travel, and suspending routine visa services. These Plan C immigration provisions are intended to “recapture” immigrant visas that went unused during this period by allowing immigrants who were denied visas between 2017-2021 – whether due to executive orders or COVID-19 restrictions – the ability to reapply for those visas after the bill’s enactment.

Additionally, the bill would permit certain visa holders to receive an exemption to national or worldwide numerical limits on visas and have their status adjusted to that of a lawful permanent resident by the Secretary of Homeland Security, provided they meet certain criteria. The criteria for those seeking an exemption to visa limits includes both beneficiaries of family-based visas and employment-based visas and requires the individual seeking the exemption to pay a fine ranging from $2,500 to $50,000. This particular provision is set to expire in 2031. Further details about fees charged to visa applications are included in the bill, with one section establishing new supplemental fees.

Finally, the bill would appropriate $2.8 billion to U.S. Citizenship and Immigration Services 2022 for the purposes of increasing the department’s capacity to process applications and reduce current backlogs.