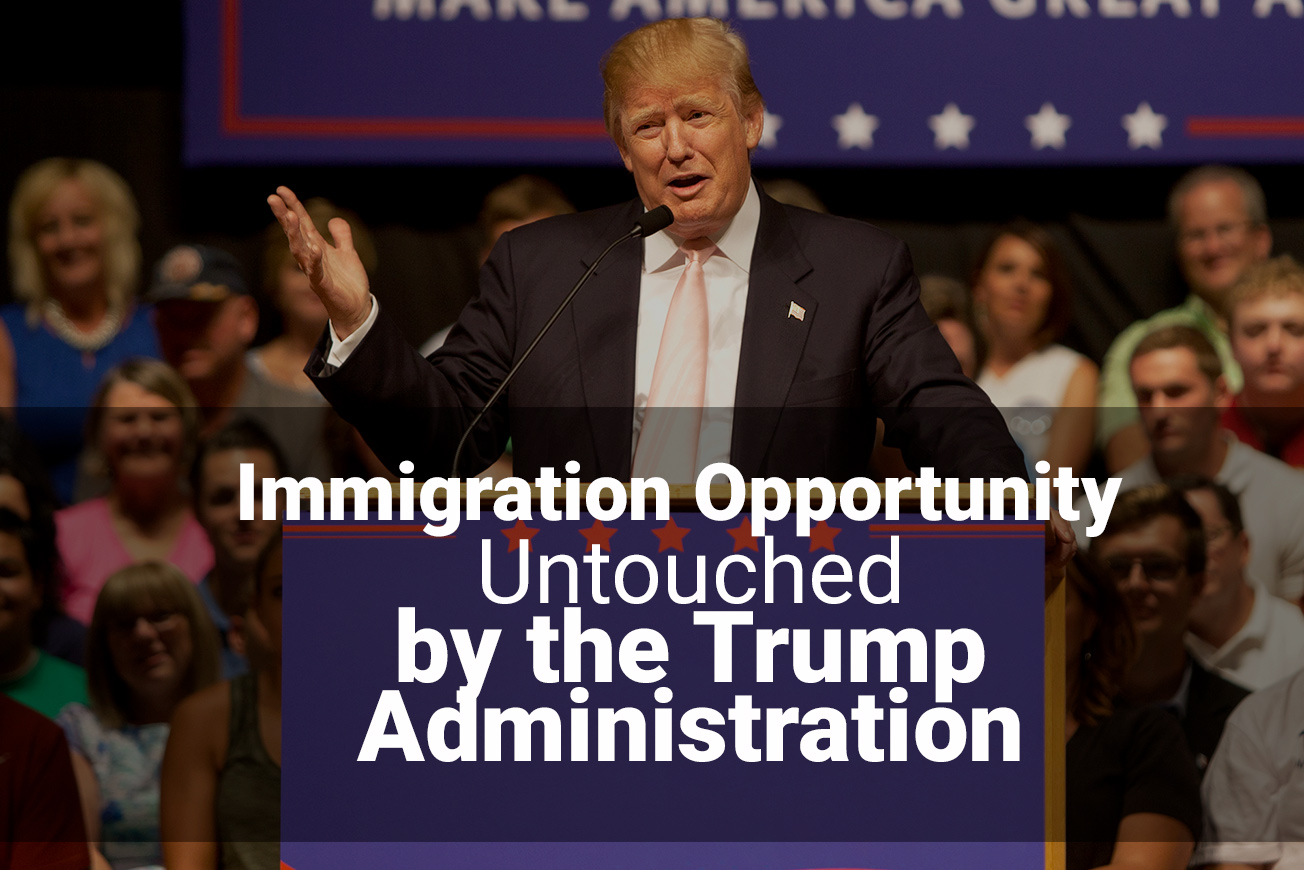 President Donald Trump’s immigration policies have significantly affected immigration landscape of the United States and made it harder for certain groups of foreign nationals to obtain permanent residency in the U. S. This is especially true for low income immigrants, who are likely to become depended on the U.S. government for assistance (see our previous post about “public charge” rule). Asylum seekers and refugees have also been seriously impacted by the recent changes in the U.S. immigration policies, as well as DACA recipients. Not only had the Trump administration curbed certain immigration programs, but also set stricter standards for legal immigration in general.

While some immigration regulations and programs were reviewed and restricted, the Trump administration prioritized immigrants, who were financially self-sufficient, educated, and highly skilled. This presents a unique opportunity for foreign nationals to obtain a legal permanent residency in the United States. The one area that has remained untouched by President Donald Trump’s immigration reform is employment-based immigration, specifically Labor Certification (PERM) program.

In order to obtain a Green Card through PERM process, a foreign worker has to be petitioned by an eligible U.S. company by first submitting an application with the U.S. Department of Labor, and then with the U.S. Citizenship and Immigration Services (USCIS). Recent changes in immigration policies resulted in immigration delays and an increased amount of RFEs. However, employment-based immigration cases are still adjudicated relatively quick and with a very high approval rate.

If you are planning to apply for an employment-based immigrant visa, it is strongly recommended to consult with an immigration expert. Working with an experienced immigration attorney will help make it a smooth process, as well as minimize the risk of getting a Request for Evidence (RFE). At Root Law Group, we offer free in-office consultations with our experienced immigration attorneys. Over the years, we have helped more than 2500 clients and are proud to have a high 95% success rate on our cases. Call us today at (323) 456-7600 to schedule your free in-office consultation!