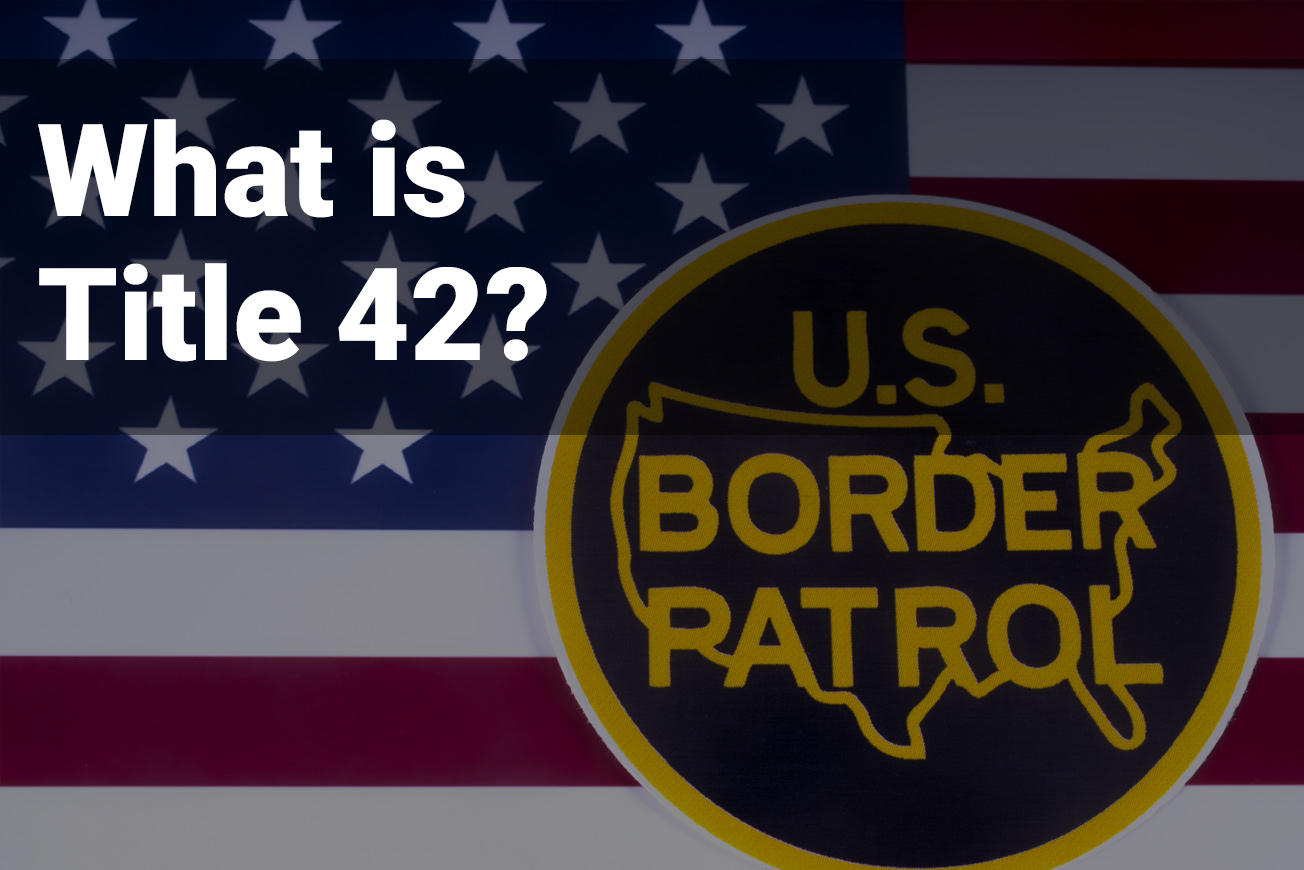 Title 42 is part of U.S. health law, specifically Section 262 of U.S. Code Title 42 which prohibits entry into the United States when the Director for Disease Control believes “there is a serious danger to the introduction of [a communicable] disease into the United States.” The rule allows any customs officers—which includes officers of U.S. Customs and Border Protection (CBP) such as Border Patrol agents—to implement any such order issued by the CDC.

The CDC order does not apply to U.S. citizens, lawful permanent residents, and their spouses and children, nor does it apply to U.S. military personnel or those who arrive at a port of entry with valid travel documents, although the CDC maintains that it has the authority to expel U.S. citizens under Title 42 if it chooses. The rule also includes an exemption for anyone that the Department of Homeland Security (DHS) determines should be allowed into the United States on “consideration of significant law enforcement, officer and public safety, humanitarian, and public health interests.”

What Caused the U.S. to Enforce Title 42?

When the COVID-19 pandemic escalated globally, the Department of Health and Human Services decided to implement and enforce this regulation on March 20, 2020. Thousands of asylum seekers that made the treacherous journey to the border, were turned away from accessing the legal system.

Individuals seeking asylum in the U.S. were turned away and forced to wait in Mexico. Those subject to Title 42 who aren’t sent to Mexico are held in U.S. Immigration and Customs Enforcement (ICE) or CBP detention and flown back to their home countries without any opportunity to seek asylum. As of this February, the American Immigration Council reported that nearly half a million individuals were expelled from entering the U.S. under Title 42.

How is Title 42 different from ‘Remain in Mexico’?

Sometimes the Title 42 policy is confused with another Trump administration policy known as the Migrant Protection Protocols, or MPP, more commonly referred to as “Remain in Mexico.” Under that 2019 policy, U.S. immigration officers direct migrants from countries other than Mexico to stay there while their cases weave through the immigration court system.

The program has resulted in thousands of migrants living in squalid tent encampments on the Mexican side of the border in some of the world’s most dangerous cities. But it still gives migrants the chance to apply for asylum, albeit from outside the U.S.

Title 42 prevents them from seeking humanitarian protections at all.

How is Title 42 working?

Among more than 1.7 million people detained by CBP at the Southwest border during fiscal year 2021, 61% were expelled under Title 42, according to CBP data released Friday. But those rapid expulsions caused a significant increase in repeated crossing attempts by migrants returned to Mexico, inflating the number of individuals encountered. In recent months, including September, upwards of a quarter of the arrests were by people who had previously been turned back within the same year.

While migrants can’t seek asylum under Title 42, they can still be screened under the United Nations Convention Against Torture. Just 272, or 8%, passed their initial screenings. These screenings, in which migrants must prove that they are likely to be tortured if they are expelled, are more difficult to pass than traditional asylum interviews.

Did Title 42 End with the Change in Administration?

While the Biden administration has made significant changes to address the COVID-19 pandemic compared to his predecessor, they have yet to end Title 42. Secretary Alejandro Mayorkas, of the Department of Homeland Security, has publicly stated that Title 42 is “driven by the public health imperative. It is not a tool of immigration. It is a tool of public health to protect not only the American people but the migrants themselves.”