Asylum is a a form of protection that allows an individual, who feels their life is in danger, to seek refuge in safer countries instead of being removed (deported) to a country where he or she fears persecution or harm.

Every year people come to the United States seeking protection because they have suffered persecution or fear that they will suffer persecution due to:

Who is an Asylee?

A person, who sought and obtained protection from persecution from inside the United States or at the border. An asylee is an individual who meets the international definition of refugee – a person with well-founded fear of persecution for reasons of race, religion, nationality, political opinion or membership in a particular social group, who has been forced to flee his or her country because of persecution, war or violence. In the U.S., asylum seekers apply for protection from inside the country or at a port of entry.

In contrast, a refugee is a person who applies for protection from outside of the U.S.

To determine if you are eligible for asylum status, USCIS will evaluate whether you meet the definition of a refugee according to section 101(a)(42) of the Immigration and Nationality Act (INA). In general, eligibility for asylum requires that:

How Can an Individual Apply for Asylum in the U.S.?

Either affirmatively or defensively. Depending on whether the applicant is or isn’t in removal proceedings, he or she may apply for asylum either through the affirmative asylum process or the defensive asylum process. Under both processes, asylum seekers must indicate a “well-founded fear” of persecution in their home countries during a credible fear interview with immigration authorities. Otherwise, they are ordered for removal.

Affirmative asylum would be what’s considered a “regular” asylum case. The applicant must be present in the United States and may apply for asylum at any port of entry. It’s a proactive approach to the asylum process, as the applicant makes a claim before any enforcement or deportation efforts have started. Generally, the applicant must submit Form I-589, Application for Asylum and for Withholding of Removal, within one year of arrival to the U.S. There is no fee to apply. He or she must provide a qualified interpreter for the asylum interview.

If the asylum seeker is already in removal proceedings (deportation process) through an immigration court, it becomes a defensive asylum process. The applicant is asking for the government to reverse its decision to deport and allow him or her to remain in the United States via asylum. An immigration judge makes a decision independent of any previous decision by USCIS.

The immigration court provides a qualified interpreter for the asylum hearing and all other court proceedings.

Typically, an asylum case turns defensive if one of the following situations occurs:

People in the defensive asylum process must go to removal (deportation) hearings in an immigration court. Immigration and Customs Enforcement (ICE) is responsible for arguing against the asylum seeker, and in favor of deportation. Individuals will have the opportunity to defend themselves, either on their own or through a lawyer.

What Is a “Well-Founded Fear”? 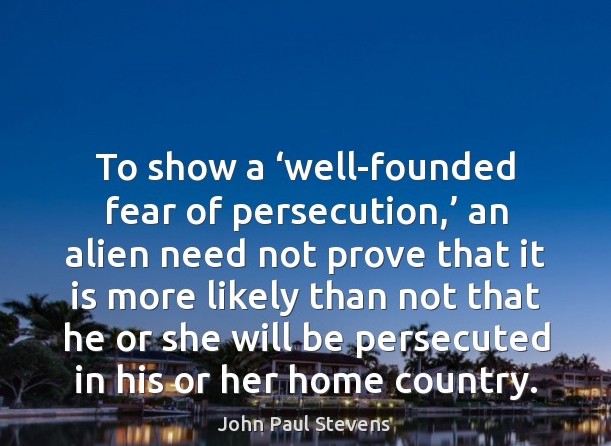 In order to demonstrate a well-founded fear of persecution, you will need to show both subjective and objective reasonable fear.

Asylum seekers may be eligible to obtain a work permit (employment authorization document) based on a pending asylum application. If USCIS grants asylum, the beneficiary is immediately authorized to work.

How Long Does the Asylum Process Take?

Once USCIS awards asylum to a person, he or she may live and work in the United States as long as they qualify as asylees. They also have access to healthcare assistance through the Office of Refugee Resettlement. USCIS will provide an approval letter and an I-94 arrival/departure record with the grant of asylum as evidence to obtain benefits. USCIS will grant asylum to the principal applicant’s spouse and children if included on the I-589 application.

A grant of asylum in the United States does not expire. However, USCIS may terminate asylum status if the beneficiary:

This is an important benefit because it allows them to remain in the United States permanently.

Applying for Asylum can be quite complicated and stressful. Working with an experienced immigration attorney will help make it a smooth process, as well as minimize the risk of being denied. At Root Law Group, we offer free consultations with our experience immigration attorneys. Over the years, we helped 2500+ clients and are proud to have a high 95% success rate most case. Call us today at (323) 456-7600 to schedule your free consultation!