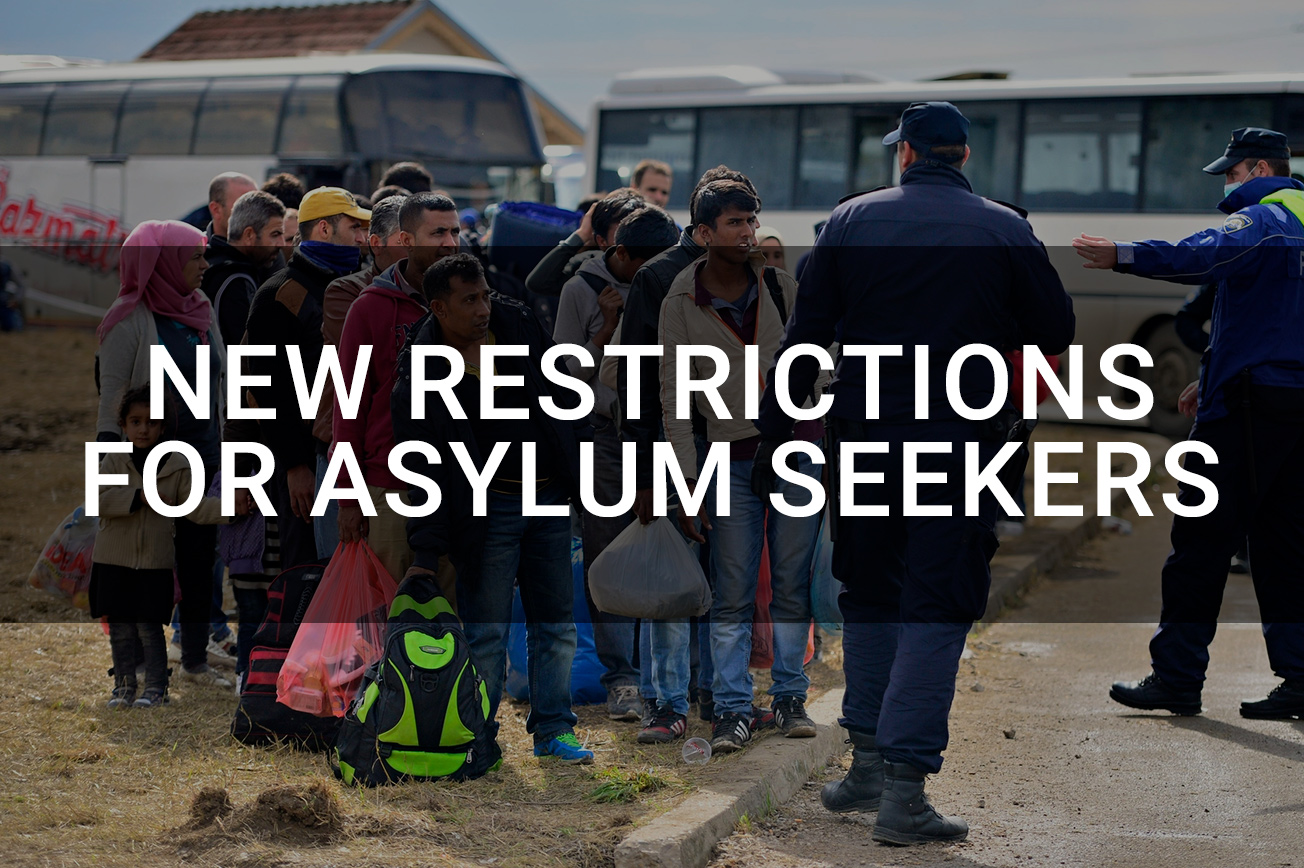 WASHINGTON — The Trump administration formally activated its new asylum crackdown on Thursday, a move that could make it even more difficult for immigrants seeking U.S. refuge.

Thursday’s directive by U.S. Citizenship and Immigration Services, part of the Department of Homeland Security, goes even further than the one Attorney General Jeff Sessions announced last month when he said victims of domestic abuse and gang attacks would no longer qualify for asylum protection.

Those provisions had drawn thousands of applicants from Central America, including women who had sought safe haven from troubled personal relationships in which they were subjected to repeated physical, emotional and sexual abuse.

The latest action by USCIS not only asserted that Sessions’ decision was “binding” but also provides broad discretion for immigration officers weighing other potentially valid applications. Specifically, it allows officers to consider refugees’ illegal entry to the U.S., as a mark against them even for otherwise viable applications.

“An officer should consider whether the applicant demonstrated ulterior motives for the illegal entry that are inconsistent with a valid asylum claim that the applicant wished to present to U.S. authorities,” the new immigration directive states.

The provision appeared to challenge existing law, which asserts that – with few exceptions – refugees should not be penalized for illegal entry. The law recognizes that the pursuit of asylum can sometimes require refugees to breach immigration rules.

The new instructions come as the administration is embroiled in a related controversy over its zero-tolerance border policy, which resulted in the separation of more than 3,000 children from undocumented parents or guardians crossing the border.

Many of those families arrived seeking asylum.

Federal authorities are currently scrambling to reunite those families on orders from a federal judge. Last month, President Donald Trump bowed to mounting political pressure against the separation policy and halted the practice, though officials have struggled ever since to reunite parents whose children had been scattered to shelters across the country.

The administration’s new asylum policy also was drawing heat Thursday from some lawmakers.

Referring to asylum applicants as “among the most vulnerable in the world,” Sen. Dianne Feinstein, D-Calif., accused the administration of “unilaterally” revising asylum law.

“This memorandum clearly demonstrates that the administration has no respect for laws passed by Congress,” Feinstein said. “It also reiterates the president’s hostility toward immigrants and those seeking to save their lives by applying for asylum, including victims of domestic violence.”

Michael Bars, a USCIS spokesman, said the directive was “part of an effort to protect the integrity of our immigration system and help restore the faithful execution of our laws.”

“Our laws do not offer protection against instances of violence based on personal, private conflict,” Bars said. “But over the years, grounds for qualifying for asylum have greatly expanded far beyond what Congress originally intended. Many petitioners understand this, know how to exploit our system, and are able to enter the U.S., avoid removal, and remain in the country.

“USCIS is committed to adjudicating all petitions fairly, efficiently, and effectively on a case-by-case basis to determine if they meet all standards required under the law,” Bars said.

Changes to the asylum policy had been contemplated since the Republican Party drafted its platform at the 2016 convention.

“From its beginning, our country has been a haven of refuge and asylum,” the party’s platform statement said. “That should continue – but with major changes. Asylum should be limited to cases of political, ethnic or religious persecution.”

Yet the right to apply for asylum in the U.S. has been long established, through the United Nations’ 1951 Convention Relating to the Status of Refugees and the UN’s 1967 Protocol, which were later codified into U.S. law through the Refugee Act of 1980.

“With the issuance of these memos, the administration has turned U.S. asylum law on its head,” said Anastasia Tonello, president of the American Immigration Lawyers Association. “The memo incorrectly instructs asylum officers to deny domestic violence and gang-related claims as a matter of course, when the law requires those claims to be reviewed on a case-by-case basis.

“Further, the government is making the act of crossing the border in search of protection grounds for denying asylum, in violation of U.S. and international laws,” Tonello said.