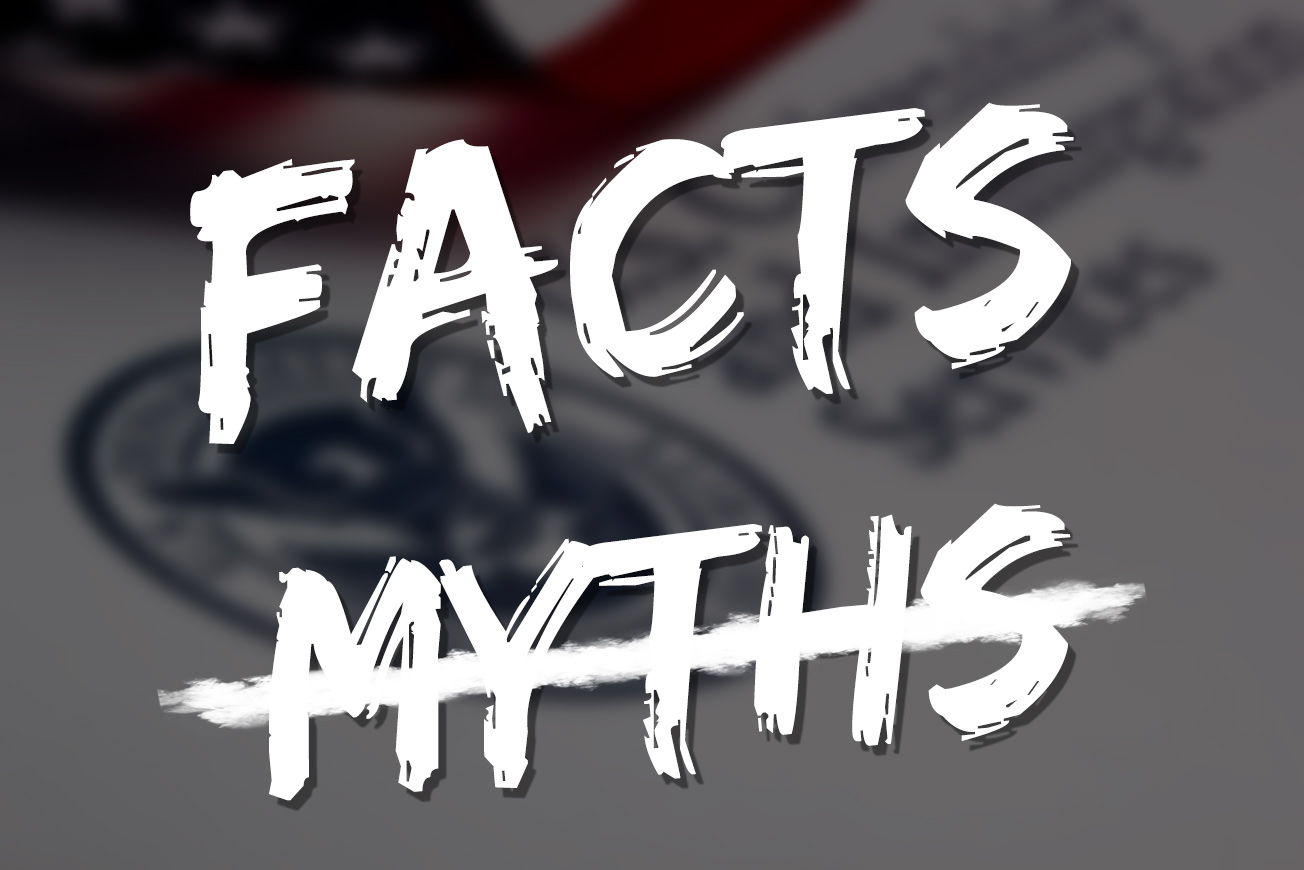 Immigration issues seem to pervade the news but of all the visa programs that allow foreign-born people to legally work in the U.S, it seems that the H-1B visa program generates some of the most debate. Unfortunately, most of the time, this debate feels very much one-sided, with news reports about abuse of the H-1B program by bad actors and stories about American workers displaced by low cost IT labor from abroad. Left to the side is all the benefits the program has brought to the United States, the way in which the program actually works, and the measures in place to prevent fraud and abuse of the program. Here are four myths that I have debunked about the H-1B program:

I’ve heard that employers can bring in low-skilled workers on an indefinite basis under the H-1B Visa.

No, the H-1B is a temporary (nonimmigrant) visa category that allows employers to petition for highly educated foreign professionals to work in “specialty occupations” that require at least a bachelor’s degree or the equivalent. Jobs in fields such as mathematics, engineering, and technology often qualify.

Examples of individuals and companies who qualify for the H-1B include Computer Science and Engineering graduates who are working in areas like Robotics, the Internet of Things, and Machine Learning.  As an immigration attorney, I have filed H-1B visa applications on behalf of numerous engineers working on today’s cutting-edge technology, like self-driving cars, image processing, and building of service robots. These high-skilled H-1B employees are working on technologies for the future that aim to address problems like traffic congestions in cities, the elimination of food-waste, and the development of new drugs. H-1B visas are also used to sponsor employees in the areas of education (like special education teachers) and health-care.

But the program is rife with abuse and fraud, right?

Not true. The H-1B visa program has checks and balances that prevent abuse of the program. Before the employer can file a petition with USCIS, the employer must take steps to ensure that hiring the foreign worker will not harm U.S. workers. First, employers must attest, on a labor condition application (LCA) certified by the Department of Labor (DOL), that employment of the H-1B worker will not adversely affect the wages and working conditions of similarly employed U.S. workers. Employers must also provide existing workers with notice of their intention to hire an H-1B worker. The minimum wages that are to be paid to an H-1B worker are determined by the Department of Labor.

Beyond all that, it is expensive for an employer to file an H-1B visa petition, when taking into consideration the government filing fees and attorney fees that are associated with filing an H-1B application. But even then, protections are built in for U.S. workers and part of the fee that an H-1B employer pays is allocated to a DOL program designed to develop and enhance the skills of U.S. workers.

The program doesn’t actually benefit the U.S. economy and the U.S. workforce.

This is another fallacy. The H-1B visa program is one of the only visa programs that allow U.S. employers to hire highly-talented foreign-born workers to work in high-tech and other technology driven industries in the U.S. This helps our economy by fostering innovation, entrepreneurship and business development and generates more jobs for U.S. workers.

U.S. companies find it hard to hire tech talent in certain fields. A November 7, 2016 report from The Conference Board found more than four vacancies advertised online for every one unemployed person just within the category “computer and mathematical science,” out of more than 528,000 total job advertisements. This is where the H-1B visa program addresses a critical need of U.S. employers.  Interestingly, the H-1B program was developed to enable educated people to contribute to the U.S. work force; it is not premised upon a shortage of U.S. workers (practically speaking though, that is often the case).

If U.S. businesses are unable to find the right talent for these positions, they will simply take these jobs outside the U.S. The impact of this would be devastating to our local communities and the U.S. economy.

Every year the program floods the market with hundreds of thousands of new foreign workers.

Not even close. Every year, U.S. employers seeking highly skilled foreign professionals submit their H-1B petitions to U.S. Citizenship and Immigration Services (USCIS) on the first business day in April to receive one of the pool of H-1B visa numbers. But, the number of visas is limited. The current annual statutory cap is 65,000 visas, with 20,000 additional visas for foreign professionals who graduate with a Master’s or Doctorate from a U.S. institution of higher learning.

In recent years, demand for H-1B visa numbers has outstripped the supply and the H-1B cap has been reached quickly. For example, last year, USCIS received more than 200,000 applications, and this year they received more than 190,000, far more than the available visas. The 65,000 number is arbitrary, not based on a mathematical or economic analysis of the U.S. economy’s demand and supply of workers. This means that U.S. companies who are in real need for high-skilled and talented workers, lose out and are unable find a way to retain top talent.

In truth, we are all losing out because of the way the current H-1B system is structured. We need a better system, one that responds to actual supply and demand and acknowledges the fierce global competition for talent. We don’t need lawmakers to fall prey to fallacies about the H-1B visa program, to the detriment of our shared prosperity and economic future.