Right to Seek Asylum at the U.S. Border 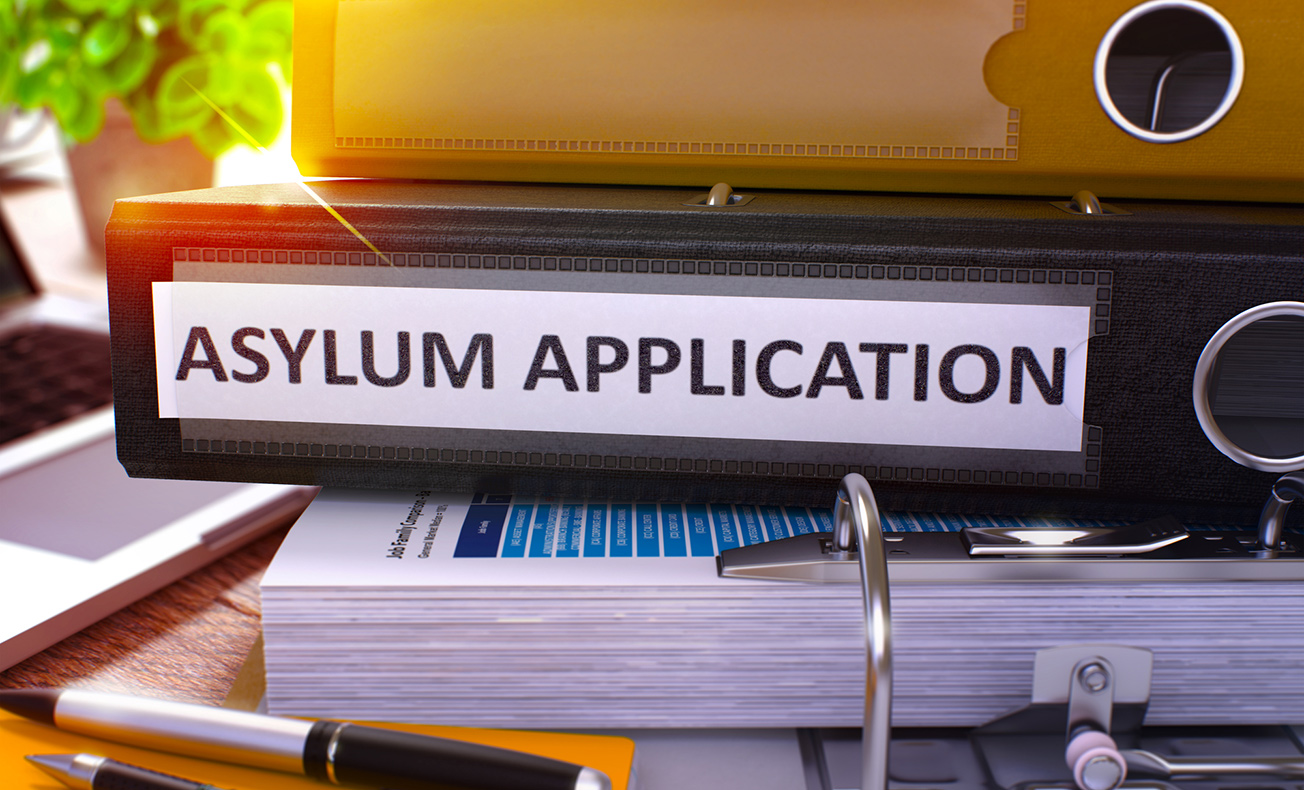 Right to Seek Asylum at the U.S. Border

Both U.S. immigration law and international law guarantee the right to seek asylum for those who come to our nation’s borders. The Immigration and Nationality Act (INA) explicitly states that a person who “arrives” at our borders “whether or not at a designated a port of arrival … may apply for asylum.”10 The Due Process Clause of the Fifth Amendment restricts the federal government from depriving an individual “of life, liberty, or property, without due process of law.”11 When Congress establishes a statutory right—like access to asylum—and requires an agency to implement a procedure for accessing that right, the agency must implement the procedure fairly and consistently.

The United States is also a signatory to the Universal Declaration of Human Rights, which states: “[e]veryone has the right to seek…asylum from persecution.”12 In addition, the UN Convention on the Status of Refugees, to which the United States is a party, established the principle that a refugee should not be returned to a country where he or she would face a serious threat to their life or liberty on account of a protected ground.

In recent years, U.S. Customs and Border Protection (CBP) has improperly deferred entry or turned away asylum seekers at the southern border. These practices have accelerated under the Trump Administration. In April and May 2018, officials at the San Ysidro port of entry near San Diego, California denied entry to the caravan of asylum seekers and forced them to wait outside the U.S. gate for as long as six days.14 These individuals slept on concrete and in a nearby plaza in Tijuana, Mexico, enduring cold, rain, ants, and lice. CBP justified the temporary denial of entry at the port on a lack of processing capacity, despite the fact that the agency had been anticipating the arrival of these asylum seekers for weeks. Given that over 20,000 people walk through the San Ysidro port every day,16 claims that a group of 240 people created a border crisis are highly suspect.

Human Rights First has documented 125 other instances between November 2016 and April 2017 in which CBP refused to grant individuals and families access to a port of entry and the opportunity to seek asylum. In addition to cases at San Ysidro, such turnbacks have occurred in the southern border cities of Brownsville, El Paso, Laredo, McAllen, Nogales, and Reynosa.18 In some cases, CBP falsely informed noncitizens that the United States did not accept asylum claims at the border19—a clear misstatement of U.S. law. In others, CBP required asylum seekers to secure “appointments” from Mexican officials before seeking asylum—appointments that the Mexican officials often refused to provide.

The INA requires CBP to refer a noncitizen who “indicates either an intention to apply for asylum … or a fear of persecution” for a screening with an asylum officer called a credible fear interview. By abandoning this referral procedure and turning away asylum seekers, CBP is violating the due process rights of those seeking asylum at the border.

The current policies also run afoul of the Refugee Convention principle prohibiting the return of asylum seekers to countries where their life of freedom would be threatened. Asylum seekers returned to Mexico often face persecution or violence. In one case, a Cuban asylum seeker denied entry by CBP in January 2017 was then kidnapped in Mexico and found dead.23 Given such perils, many noncitizens who are turned away at ports of entry believe they have no choice but to enter the United States illegally between ports.

The Trump Administration has altered the legal standard for asylum seekers screened at the border, adding yet another barrier to asylum. In February 2017, USCIS issued new instructions to asylum officers elevating the “credibility” threshold required incredible fear determinations, the preliminary screenings of arriving asylum seekers. The previous instructions stated that asylum officers must find “a significant possibility” that, in a full hearing, an Immigration Judge could deem the applicant credible. The new guidance omitted that instruction and seems to require applicants to establish their credibility more persuasively, making it more difficult for applicants to obtain a positive determination.

Compelling asylum seekers at the border to substantially establish the credibility of their claims during this preliminary stage places an unfair burden on asylum seekers whose claims will be rigorously examined by an immigration judge if they receive a positive determination from the asylum officer and have the opportunity to appear in immigration court. The lower threshold for credible fear determinations is necessary precisely because asylum seekers arriving at the border are typically detained, traumatized, and have limited access to counsel and documentation to support their claims.

Since the new policy took effect, the rate of positive determinations in credible fear screenings has dropped.44 Notwithstanding this change, the USCIS Director Francis Cissna has asserted that the standard should be even higher. Former Congressman Chaffetz (R-UT) proposed a bill raising the credible fear evidentiary standard to “preponderance of the evidence,” an exceptionally high level that would preclude many legitimate asylum seekers from ever receiving asylum.